Board of Directors & Specialized Comittees

The GTT (Gaztransport & Technigaz) Board of Directors is composed of nine members, five of whom are independant (55%) and four of whom are women (44%) :

Chairman of the board & CEO

Philippe Berterottière joined GTT in 2009. He has more than 35 years of experience in advanced technology sectors. Previously, he served in various senior positions with aerospace companies. At Airbus, he was a contract negotiator, before being appointed head of business development. He was sales director at Matra’s defence division and held various sales and marketing responsibilities at Arianespace, before being named Sales and Marketing Director and an Executive Committee member. He is a graduate of the prestigious HEC business school (Hautes Etudes Commerciales) and of the IEP (Institut d’Etudes Politiques).

Mrs. Foissaud is currently Managing Director - Specialties of EQUANS Group, which she joined in June 2021. Prior to that, Mrs. Foissaud spent a large part of her career in the Areva Group (now Orano and Framatome), where she held several executive positions, including Chairman and CEO of Areva TechnicAtome (from 2014 to 2017), Director of Safety, Security and Operations Support (from 2012 to 2014), Director of the Sanitary BU and  Chairman and CEO of STMI and its subsidiairies. In 2017, Mrs. Foissaud joined the Bouygues Group as Managing Director, Energy & Industry Division, of Bouygues Energies and Service (2017-2021). Mrs. Carolle Foissaud is a graduate of the Ecole Polytechnique and the Ecole Supérieure des Télécommunications.

Mr. Antoine Rostand currently serves as Chairman & CEO, Founder of KAYRROS, a global energy and environmental geoanalytics company, helping governments, companies and investment markets to make better decisions. Previously, Mr. Rostand spent a large part of its career within the Schlumberger group, where he held various management positions, including Global Managing director of SBC, Schlumberger Business Consulting that he founded in 2004. Prior to SBC, he was Director of the Consulting and System Integration of Schlumberger Sema, and President of Electronic Data System (EDS) France. He has worked with many of the world’s largest oil companies, advising them in various strategic areas. Mr. Antoine Rostand is a graduate of the Ecole Polytechnique. He also holds a Master of Business Administration of INSEAD, and is a former French Navy officer.

Florence Fouquet is a Civil Engineer of the Mines Corps and began her career in 1999 at the General Office of Energy and Raw Materials, then attached to the Ministry of Economy, Finance and Industry. She was appointed head of the office within the gas subdivision and then within the nuclear industry subdivision, which she then took charge of in 2004. At ENGIE (formerly GDF SUEZ) since 2006, Florence Fouquet has been Director of the European Affairs Department in the Strategy Division. In 2010, she joined the energy management operational activities, where she is in charge of the optimization of the Group's electricity and gas assets. In 2015, she joined ENGIE's French sales department as Director of the professional clients market. In 2018, she was appointed Director of the public market, in charge of sales on the individual customer market. Since September 2021, Florence Fouquet has also been in charge of commercial activities on the residential market in Italy for ENGIE. Florence Fouquet is also President of the BtC Commission of the Union française de l'électricité (UFE) and a member of its Board of Directors. Finally, she is a director of ENGIE IT since April 2020.

Christian Germa is an engineering graduate of the École Polytechnique (1992) and the École Nationale des Ponts et Chaussées (1995). He began his career at the French Ministry for the Economy and Finance, within the Treasury Department, where he worked for several years on the CIRI, the Interministerial Committee on Industrial Restructuring, where he served as Deputy Secretary-General. In 2000 he joined the FD5 investment company as head of investment. From 2002 to 2014, Christian Germa gained experience within the Vinci Group, where he successively held positions as director of construction projects, then director of public-private partnerships for Vinci Construction France. During this time, Christian Germa held several directorships as an independent director, from 2010 to 2012, on the Board of Directors of Vodafone SA and, since 2004, on the Supervisory Board of Faiveley Transport, where he is also Chairman of the Audit Committee.

Pierre Guiollot is a graduate of the School of Political Science, Paris, public service section. His career started as an external audit manager at KPMG between 1992 and 1997. In 1997, he joined the Suez group, where he occupied various positions: deputy manager of the consolidation of the Suez group between 1997 and 2004, manager of the accounts department for Suez and Tractebel between 2004 and 2006, Vice-President accounting and consolidation for GDF Suez between 2006 and 2013, Financial Director of GDF Suez International between 2013 and 2015, then Deputy Financial Director for the ENGIE Group since 2015.

Mr. Pascal MACIOCE is currently a senior partner of the capital development company NextStage AM, which he joined in 2018, in charge of the group's development in France and abroad. Previously, he began his career in 1979 with Arthur Andersen where he held various management positions. He joined Ernst & Young in 2002, where he extended his responsibilities from France to Europe and then to the EMEA region, of which he became Managing Director in 2014, in charge of the different service lines (audit, legal and tax consulting and transactions). Mr. Pascal MACIOCE is a graduate of ESCP.

Catherine Ronge is a graduate of the Ecole Normale Supérieure and holds a PhD in quantum physics. She is also a graduate of a short Executive Program of the European Institute of Business Administration (INSEAD). She started her career in 1984 as a research engineer at CEA, then held various positions within the AIR LIQUIDE group (1988-1999) in marketing, sales, strategy / M&A and R&D.
Within the SUEZ group (1999-2006), she was Deputy CEO of Degrémont in charge of worldwide industrial activities and North America subsidiary, then Chairman and CEO of ONDEO INDUSTRIAL SOLUTIONS, a company gathering all the engineering, construction, equipment manufacturing and industrial water operation activities of the SUEZ group worldwide.
She was then the founding President of the strategy, innovation and sustainable development consulting firm WEAVE AIR (2006-2020).
Catherine Ronge is currently Chairman and CEO of LE GARREC & CIE, a medium-sized family business with diversified activities (since 2020).
She is also a director of COLAS (since 2014), PAPREC GROUP (since 2014) and ERAMET (since 2016).

The specialized committees are tasked with preparing resolutions for the Board of Directors, making recommendations to the Board and providing advice and recommendations on issues within their specific scope of competence.

None of this committee members have management roles within the company, and all of whom have particular expertise in finance and accounting.

This committee assesses the Group's internal or external development opportunities in new business areas, in particular in the digital, LNG as fuel, gas chain and hydrogen activities. 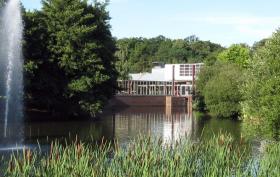